﻿﻿MISTI-Con 2015 is excited to welcome the following guests from Universal Creative: 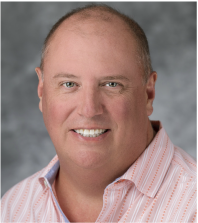 Eric Baker
Eric Baker is an Art Director, Designer, Decorator, Prop Master, puppet builder and puppeteer whose numerous credits include, Universal Studios, Disney, Nickelodeon, and HBO. He currently holds the position of Senior Prop Manager with Universal Creative. As the Senior Prop Manager he has contributed to multiple THEA (Themed Entertainment Association) award wining projects to include The Wizarding World of Harry Potter at Universal's Islands of Adventure theme park and Diagon Alley at Universal Studios Florida. He also managed the construction and installation of all props and dressing for The Wizarding World of Harry Potter Hollywood and Japan. Eric also art directed the refurbishment of Spiderman and built models for Rip Ride Rocket and the Hollywood Dream coaster in Japan. His designs and creations have been featuredin over 600 episodes of Nickelodeon programming, as well as commercials, theme parks, music videos, and feature films. For HBO he worked as a special effects artist on the Emmy Award winning mini-series, "From the Earth to the Moon," produced by Ron Howard and Tom Hanks. Eric has also worked as a decorator for Walt Disney Imagineering on high profile projects such as Star Tours and the new interactive queue lines for the Haunted Mansion and the Winnie the Pooh Ride. Other credits include Prop Fabricator for "Cirque Du Soliel La Numba" and numerous projects for Jim Henson Productions. He also served as an Associate Producer on the award winning documentary film "Shallom Y'all."  Eric is currently working as the Senior Prop Manager for Universal Studios Creative Department.

George Gakoumis, Jr.
George Gakoumis, Jr, is Universal Creative Scenic Art Supervisor for Props/Fabrication Department , where he over sees the artist that help create the many elements seen in various attractions such as The Wizarding World of Harry Potter..  His experience as a scenic artist in film, television, exhibits and the theme park industry has helped prepare him for the challenges of recreating finished for The Wizarding World Attractions established in the Harry Potter films.   George worked closely with various designers, art director and the supervising art director for the Wizarding Worlds, to establish scenic treatments for “Props” in both Hogsmeade and Diagon Alley.   In addition, he developed paint treatments for the Escape from Gringotts ride vehicles, scenic consultant for the Hogwarts Express and the painted texture of the animated portrait seen throughout the attractions for Orlando, Japan and Hollywood.  George has contributed to several THEA (Themed Entertainment Association) award winning projects which include, CSI TheExperience, The Wizarding World of Harry Potter & Diagon Alley at Universal Studios and Island of Adventure.  Over his 20+ year carrier, George has worked as a scenic artist and lead on various commercials, TV shows, theme park attractions, scenic shops, museum exhibits, and feature films.   Over a ten year span, George has also been a scenic lead of Houses and Streets for Universal Studios Florida’s Halloween Horror Nights and Universal Art & Design Department.  George is currently the Scenic Arts Supervisor for Universal Creative.George 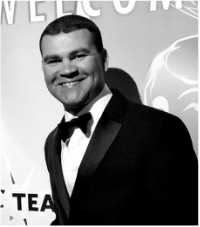 Eric Hunt
Eric Hunt helped bring Diagon Alley to life as the Creative Producer. He oversaw the design process, creative direction, and management of all creative content for Gringotts bank and the attraction. Eric is a design graduate from the Art institute of Ft. Lauderdale FL. His first design job was for US Dept. of Agriculture as a Map Illustrator.  After moving to Los Angeles with aspirations of working in the Movie industry and working on feature films and commercials building miniatures and props, he landed his first job with Universal. Since then, he has contributed my designs to many of Universal's blockbuster attractions both domestic and international. The list is expansive but most notably he has worked on The Wizarding World of Harry Potter; Hogwarts castle as Sr. Production Designer as well as all three Transformers the ride 3D as Sr. Production designer. When he isn’t working he likes to paint and sketch as well as maintaining his “urban garden” in his backyard. Eric is a proud Native American, of the Lumbee Indian tribe of North Carolina.