MISTI-Con 2015 is excited to welcome the following literary guests: 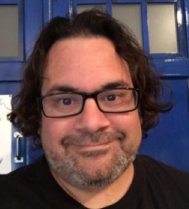 Jason De La Torre
JC De La Torre is writer and creator of the IDW comics space and sorcery mini-series, Star Mage. He has written two novels, Ancient Rising and Rise of the Ancients – Annuna, as well as Nightmares from Eberus – A Speculative Fiction collection. He has also released to e-book the novellas for Continuum Force and the Serial Vampire series.

He is also co-host of the Sci-Fi/Fantasy/Horror podcast Transmissions From Atlantis and is a voice actor for the audio drama Doctor Geek’s Laboratory of Applied Geekdom.

JC has a passionate love for Doctor Who and Harry Potter, sports writing, speculative fiction writing, Science Fiction, Fantasy, Alternate Realities, and the Occult. His work will include all of these sub-genres as well as other interesting excursions.   JC’s work features action, adventure, horror, Sci-Fi, a bit of the supernatural and essentially something for everyone." 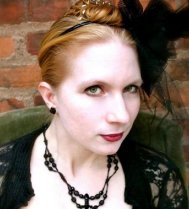 Leanna Renee Hieber
Leanna Renee Hieber is an actress, playwright, and the award-winning, bestselling author of Gothic Victorian Fantasy novels such as the Strangely Beautiful saga, the Magic Most Foul saga and The Eterna Files series for Tor/Forge. Her work has been featured in numerous anthologies such as Queen Victoria's Book of Spells and on Tor.com and her books have been translated into multiple languages as well as a musical theatre production. A proud member of performer unions AEA and SAG-AFTRA, Leanna lives in New York City and works often in film and television on shows like Boardwalk Empire. http://leannareneehieber.com - @LeannaRenee - facebook.com/lrhieber 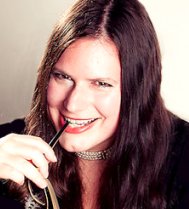 N. Apythia Morges
N. Apythia Morges is Senior Managing Editor of Vagabondage Press, LLC, where she oversees acquisitions, editorial, and production for Battered Suitcase Press, Dark Alley Press, and Vagabondage Romance imprints. She has a master’s degree in publishing and nearly 20 years of industry experience.  A published author herself, she is also a Pushcart Prize nominee. 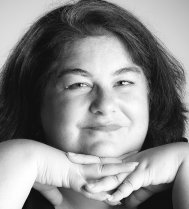 Tamela Ritter
Tamela J. Ritter grew up in the Pacific Northwest and got her journalism degree from the University of Montana before traveling  the U.S. and finally settling in Virginia, for reasons that still allude her.


She has been writing since she was 10, professionally since her 20s. Her short stories have been published in numerous online and print journals and anthologies, including "Ripple Effect," a Tears of the Phoenix publication that gathered HP writers and artists to create original content to raise money for the libraries of New Orleans after Hurricane Katrina. Her first book "From These Ashes" was published in 2013 by Battered Suitcase Press, an imprint of Vagabondage Press 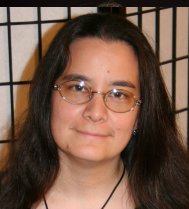 Cecilia Tan
Cecilia Tan has been on the forefront of fantasy and science fiction since 1992, when she founded Circlet Press. More recently her erotic romance novel Slow Surrender (Hachette/Forever, 2013) won the RT Reviewers Choice Award and the Maggie Award for Excellence from the Georgia Romance Writers chapter of RWA. Her new adult romance series, Magic University, is being reissued by Riverdale Avenue Books in 2015, and she is also the author of Black Feathers (HarperCollins), White Flames (Running Press), The Prince's Boy (Circlet Press), The Hot Streak (Riverdale Avenue Books), and the award-winning web fiction serial Daron's Guitar Chronicles. Her short stories have appeared in Ms. Magazine, Nerve, Best American Erotica, Asimov's Science Fiction, and tons of other places. She was inducted into the Saints & Sinners Hall of Fame for GLBT writers in 2010, was a recipient of the Lifetime Achievement Award from the National Leather Association in 2004. She lives in the Boston area with her lifelong partner corwin and three cats. Find out more at www.ceciliatan.com. 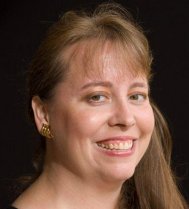